The German Weather Service (Deutscher Wetterdienst, DWD) has classified 2020 in his annual assessment as the second warmest year in Germany: The annual average temperature was 10.4 °C. Only in 2018, this number was slightly higher with 10.5 °C. Since weather recording began in 1881, 9 out of 10 of the warmest years were observed in the 21st century. The four warmest years were seen in the decade 2011-2020, thus being the warmest decade since weather records began.

2020 was not only warmer than the long-standing average, it also showed low precipitation and therefore was noted too dry as the third year in a row. It was characterized by a mild winter, a prolonged heat wave in August and a lot of sunshine. 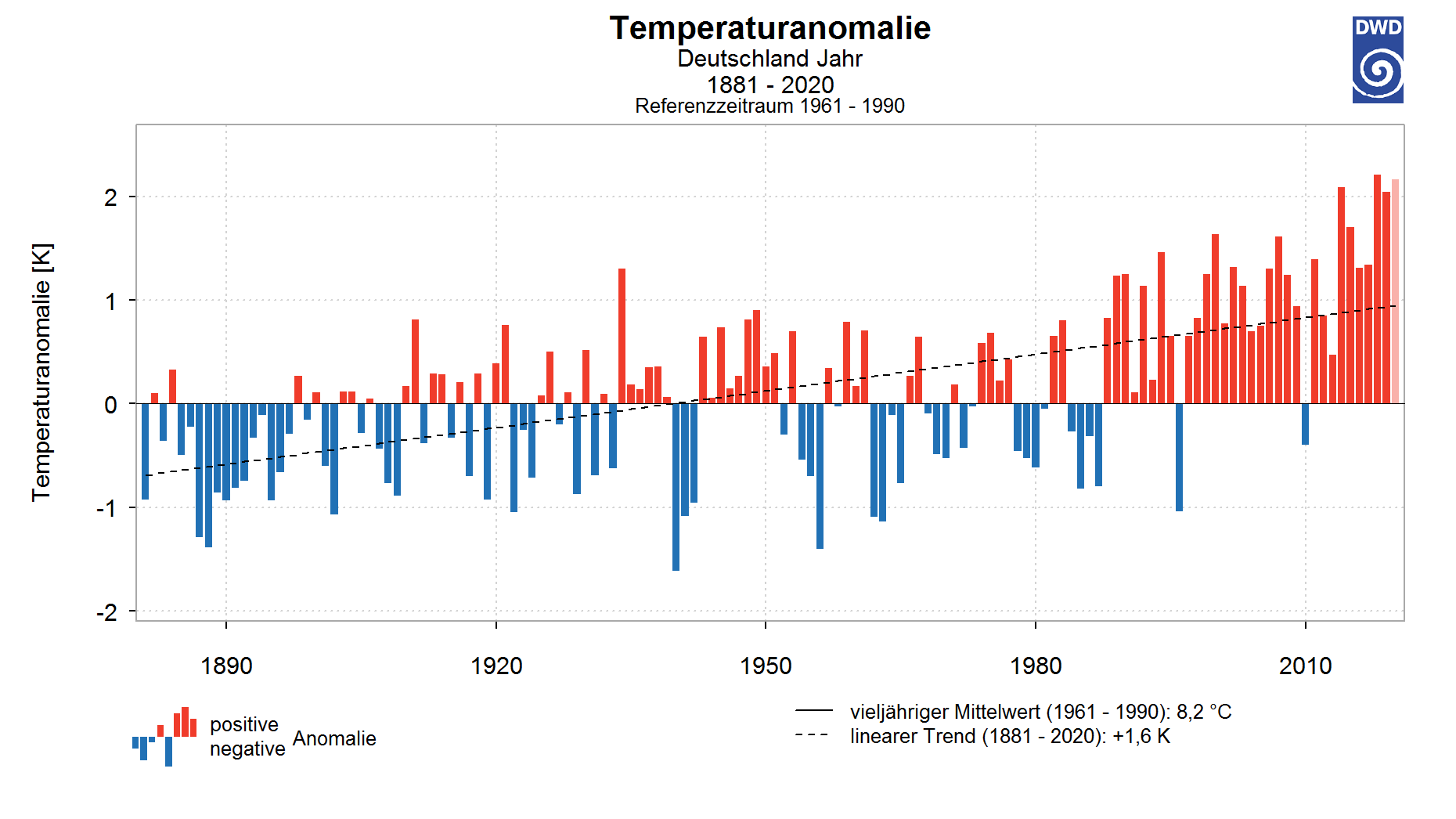 Deviation of annual average temperatures from the long-standing average since 1881 in Germany. The data point for 2020 is still preliminary. © DWD 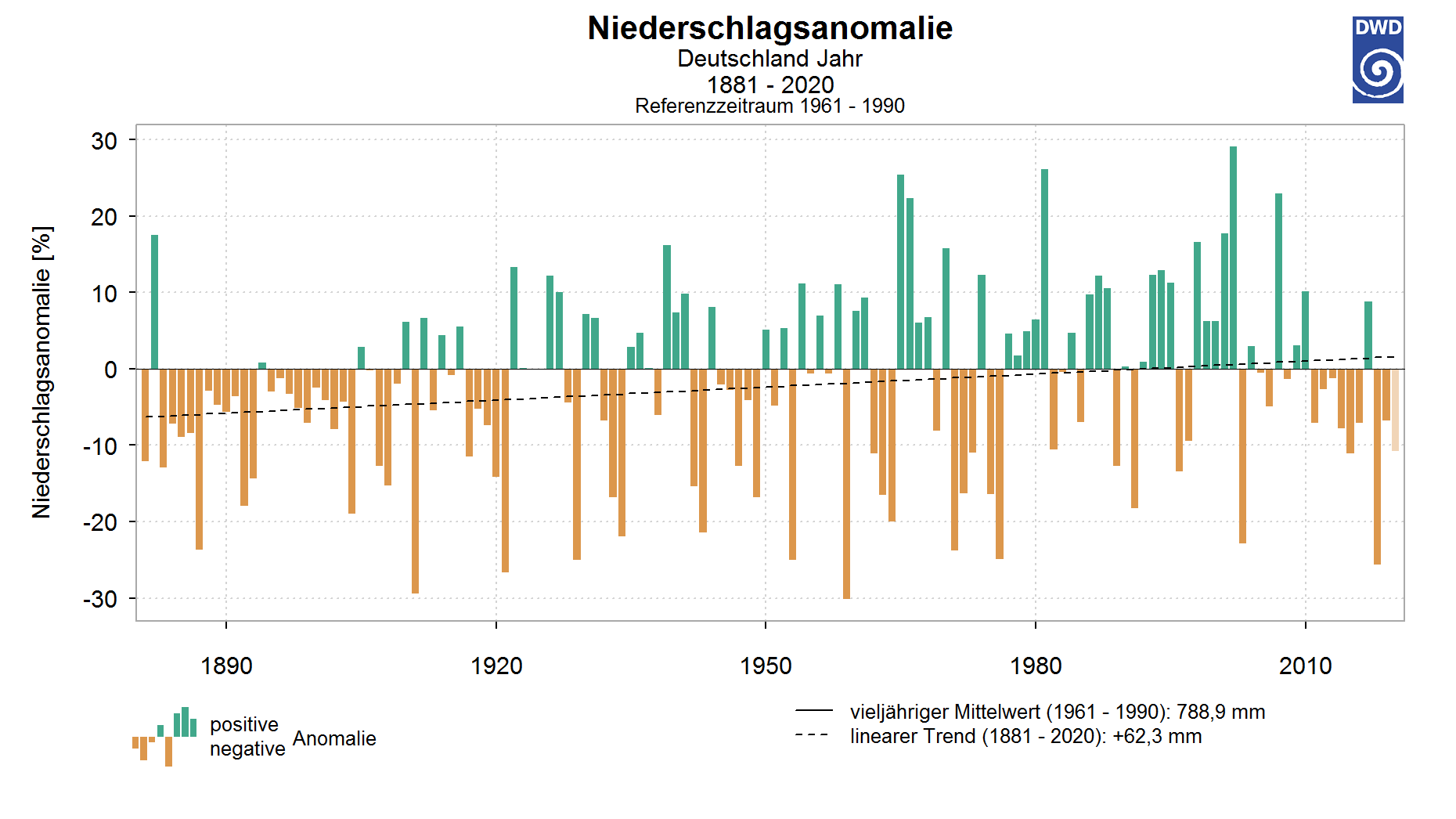 Deviation of annual average precipitation from the long-standing average since 1881 in Germany. The data point for 2020 is still preliminary. © DWD

When comparing federal states, Bavaria was the coolest and second most humid state. Still, the annual average temperature was 9.5°C and therefore clearly higher than the long-standing average (1961-1990: 7.5°C) with a precipitation of 849 l/m2 falling short (1961-1990: 941 l/m2). Drought and exceptionally high precipitation often occurred close together: There were local floods due to heavy rain storms in June (Hammersbach in the district of Garmisch Partenkirchen) and continuous rain falls at the beginning and end of August (Southern Bavaria). German Weather Service – press release

With regards to the current agrometeorological situation, the German Weather Service releases a statistical  weakly review and monthly review. In terms of drought monitoring, the standardized temperature index and precipitation index show the deviations in comparison to reference periods. 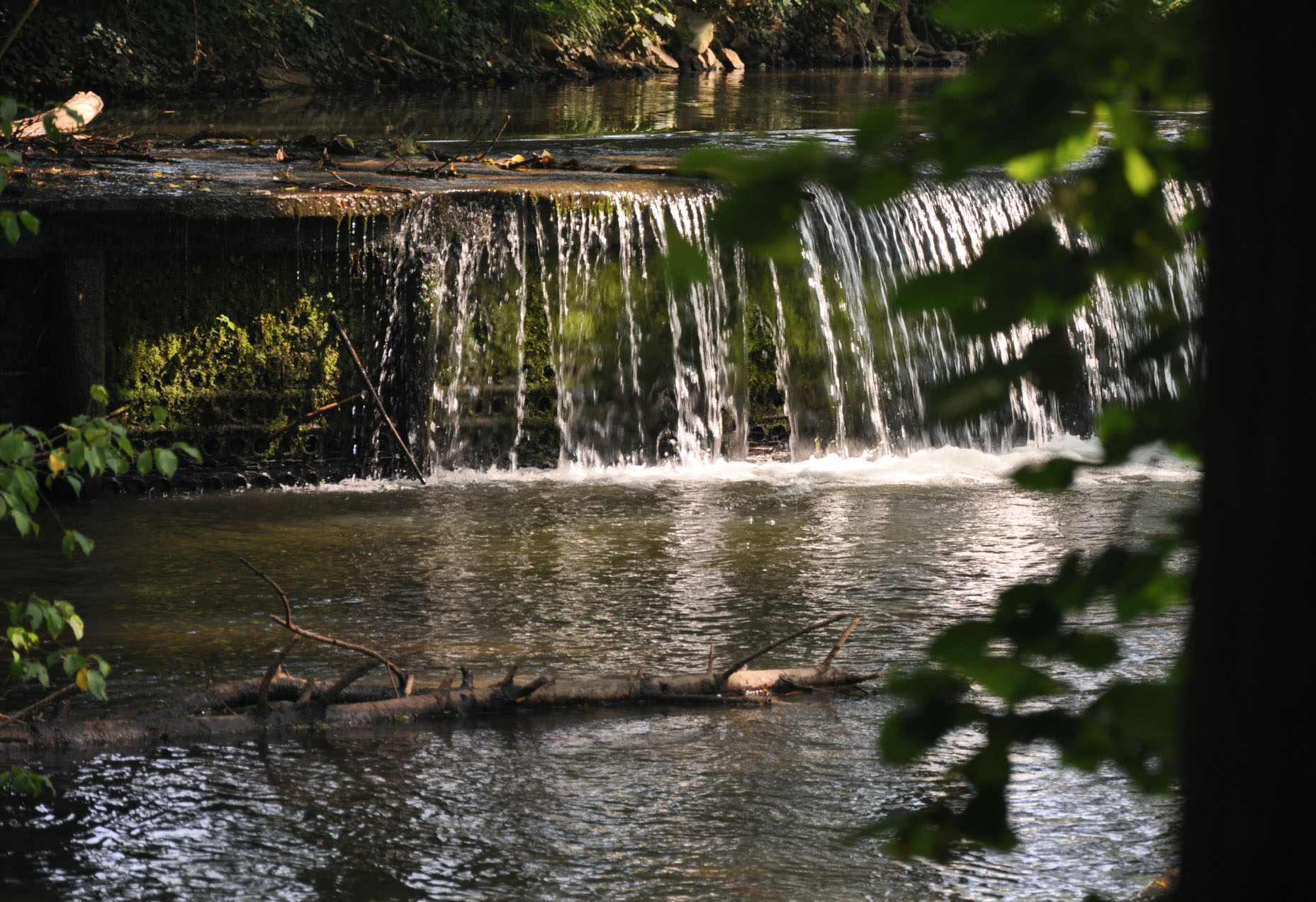